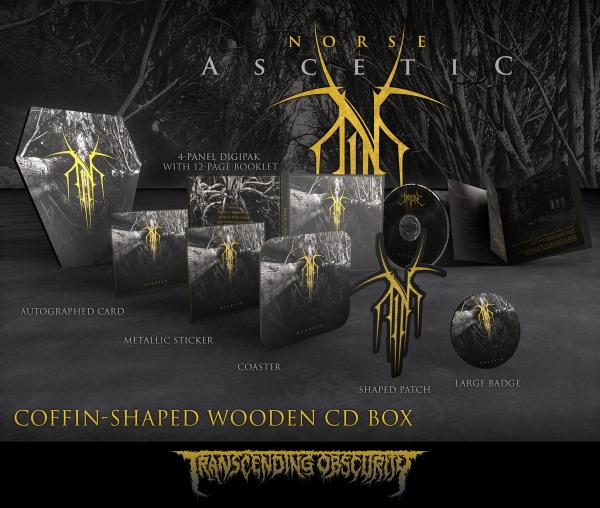 In an effort to keep improving our quality of wooden box sets, starting with this one, we're trying to have gold foiling done on each one of them. Furthermore, there's the beautiful album artwork printed on it. It's strictly limited to 75 copies and comes packed with the following special items -