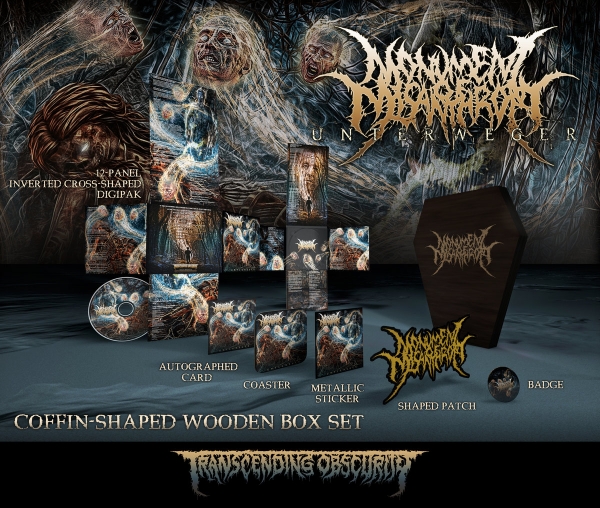 Here's a stunning, dark brown-coloured coffin-shaped wooden box set with matte finish that has the band logo laser-engraved on it with the label logo on the back. It's strictly limited to 100 copies and comes packed with the following special items -