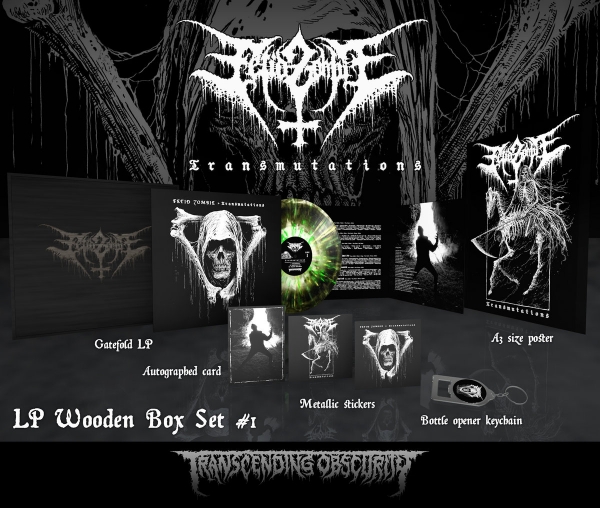 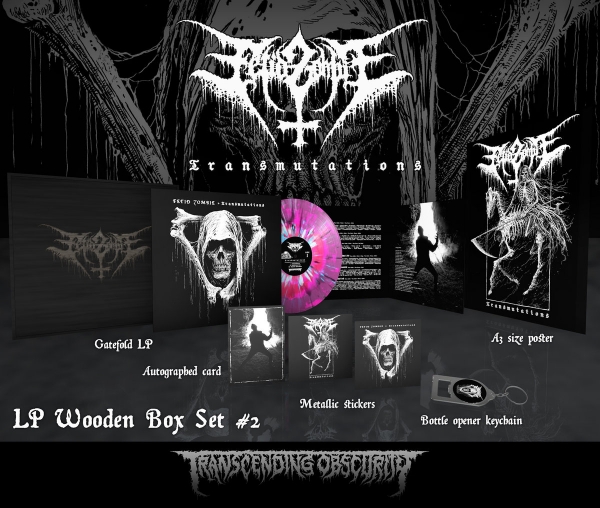 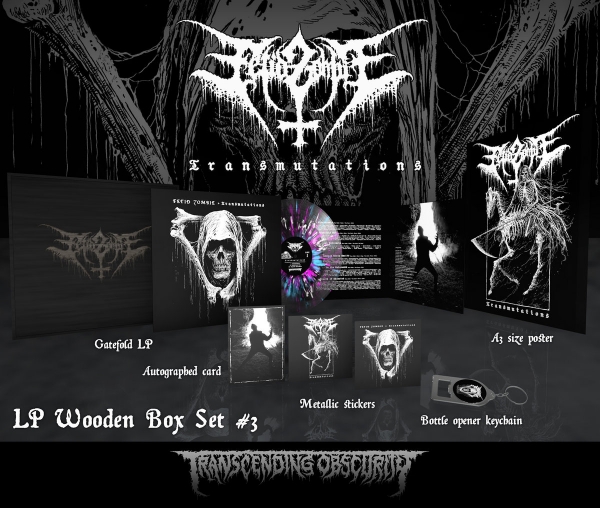 These are high quality black coloured wooden LP box sets containing some special items. Each of the box set is strictly limited to just 25 nos. and is numbered as such. It has a laser-engraved logo on the front and a Transcending Obscurity logo on the back. Each of them come with the following items -