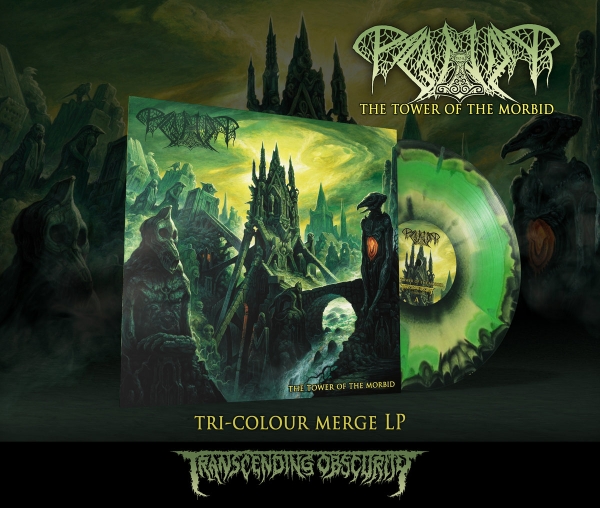 This is a beautiful merge of not two but three colours that correspond with the Dan Seagrave album artwork and we've got only 100 of these on us for sale at our end. The rest will be available through our US and Europe stores exclusively when they're ready. Please pre-order your copy ASAP because these will definitely not be repressed and the colours won't be repeated in any case.

After the success of PAGANIZER's landmark album, Land of Weeping Souls, Rogga Johansson and crew have taken things up a notch, working harder than ever before to present an album with the best possible qualities that the band is known for over the years. Featuring jaw-dropping artwork from the master himself, Dan Seagrave, steps have been taken to ensure that nothing falls short with this release in any way. Musically, it's the same crushing death metal machine laden with catchy hooks and riffs that embed themselves in your memory for aeons while ever so deftly switching tempos without letting go of the brutality. This here is Swedish death metal at its finest. The maniacal rush is tempered beautifully with reflective leads and shades of wistful melancholy, which is something Rogga Johansson is getting adept at, as evidenced by his recent solo band material. The Tower of the Morbid stands tall among its peers for creating timeless, perfected death metal meant for fans of all schools, old and new.