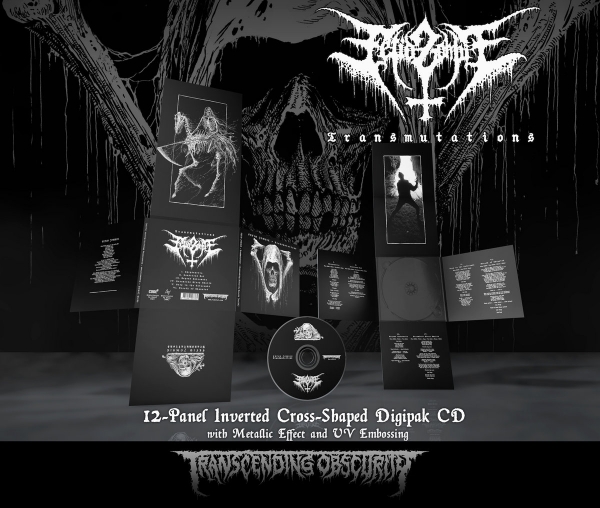 Please be aware that this is a pre-order item. Expected to ship on or around August 20, 2021 *

The new Fetid Zombie release gets a massive 12-panel inverted-cross shaped digipak treatment that moreover has a metallic effect throughout which will make the white text and artwork look luminous, and there's also UV lamination done on parts of the artwork and also embossing for the logos. This is as good as it gets.