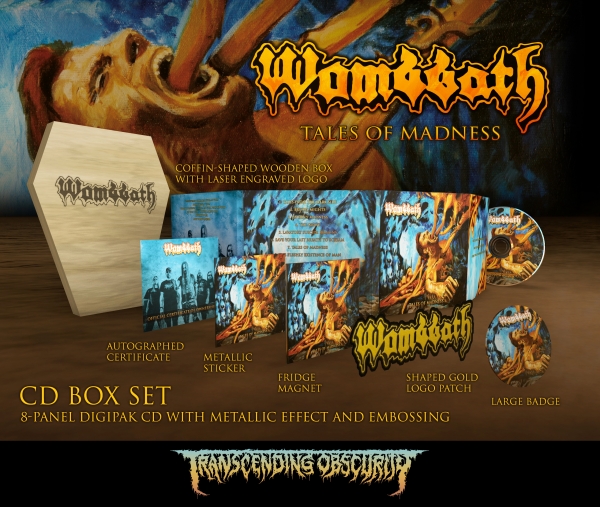 The special wooden coffin-shaped CD box set version comes fully packed with tons of exclusive items that looks stunning. This is what you get in this strictly limited edition box set -


Death metal legends Wombbath announce their 30th anniversary release which very few active bands can boast of. They've become a force to be reckoned with especially in recent years, after carving a reputation for themselves in the underground especially with their 'Internal Caustic Torments' full length in the early '90s. Since then they've released three more full lengths, each one better received than the last. This here is a release that includes completely re-recorded songs from their early years as well as brand new material representing the band's current sound. The songs have been mastered in a way that there's no difference in sound quality all through and plays almost as a whole new album. It's fascinating to mark the progress of the band over the course of three decades and this release is a testament to the timeless quality of their brand of hard-hitting and memorable Swedish death metal. This release will dispel any notions of their might and relevance, as they gear up to unleash a brand new one come next year on Transcending Obscurity again. creditsreleases December 18, 2020